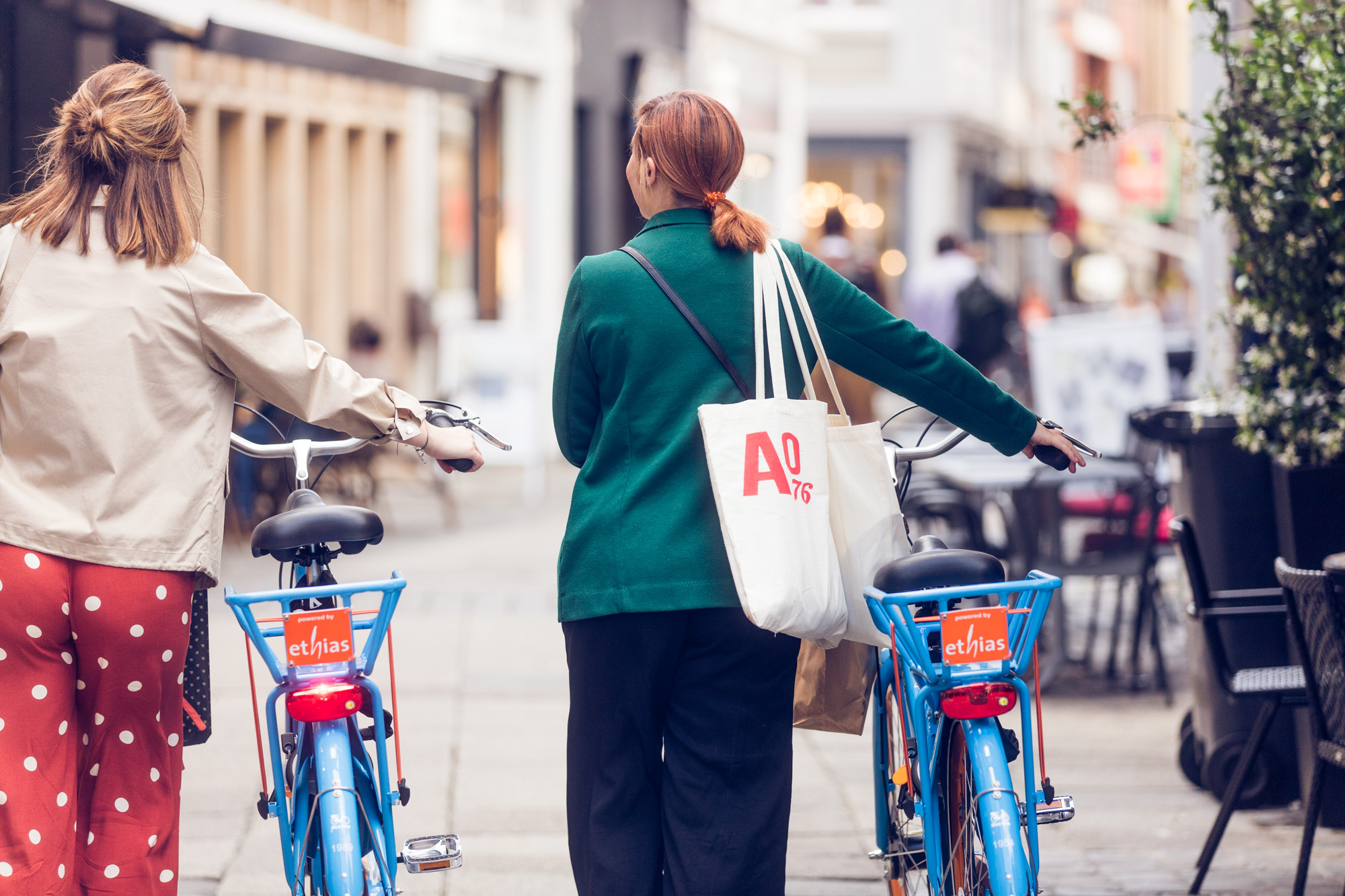 Blue Bike has bicycle points at stations. You can rent a bicycle from a key machine or have an employee help you during opening hours. Afterwards you return the bicycle to the place where you borrowed it.

Commuters can transfer to one of the eight Blue-bike shared bicycles at Lommel train station for the last kilometers of their journey. The shared bikes are available 24/7 and also a convenient means of transport for day trippers who want to explore the area.

The Blue-Bikes have smart locks. Thanks to those locks with a built-in card reader, you can borrow a bicycle quickly and easily. By holding your Blue-bike or MOBIB card against the lock or by scanning the QR code in the Blue-bike app, you unlock the bike and you can leave immediately.

To use the Blue-bikes in Lommel, you must be a member of Blue-bike or purchase a ticket via an external partner such as the KBC app. In Lommel, thanks to an intervention by the city and the Flemish government, members pay only €1.15 per ride instead of the standard rate of €3.15 for the first 24 hours.

Becoming a member costs only €12 per year and can easily be done online via the Blue-bike website, or at one of the participating bike points. With a membership at Blue-bike you can borrow a bicycle at more than 80 locations throughout Belgium.